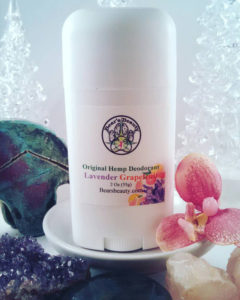 You know, we humans are really designed to sweat. Perspiration cools off the body and detoxifies.

But we also know it’s just not cool to sweat in public. Or so we have been programmed to think….

However, maybe it’s time to rethink the value of sweating.

In the meantime, our underarms need not smell like an onion forest!

In fact, we can take smelling great to a completely new apogee.

I remember that during my teen years I perspired so much that no antiperspirant could save me form the social shame of the constant flood going on between my armpits.

I resorted to wearing underarm shields!

Today, I don’t wear regular antiperspirant much, but must confess that I give in when I give a speech in public.  It’s too bad that Madison Avenue has brainwashed me a little in this way. We often sweat when we are nervous, and yes, who wants to show that?  But maybe, I’m not too old to trash that unfortunate consumer meme!

However, other than on these mostly rare occasions, I seek deodorants that are actually good for my armpits – and my health, particularly due to the long history of breast cancer on my mother’s side of the family.

With critical lymph nodes located right where we glob on the mass market chemicals, it is wise to think about just what these products contain.

Just as often we must consider what is absent from these creations.

Bear’s Beauty Organic Deodorant gets a five star rating from me. And if I glide on this fragrance, which is brilliantly intense, forget about wearing perfume. The glorious lemon plus lemongrass fragrance sparkles with a refreshing, slightly sugary scent. Additionally, essential oils of lemon and lemongrass are natural detoxifiers.

Beyond all of this, the deodorant is organic!

Men and women will revel in the unisex fragrance, which can waft lusciously from under your arms, year-round!

Invest in this deodorant, which comes in an array of aromatherapeutic scents, at $14.70.  It will double as your perfume/ cologne. I am applying it to the back of my neck, too, where I still perspire a lot.

Other fragrances beckoning me/ us, include but are not limited to: Lavender+Sage,  Pine+Balsam Fir and Orange+Vanilla.

This formula, which is rich in hemp oil, is also available in a naked/ unscented variety.