Green Businesses Can Pierce the Darkness 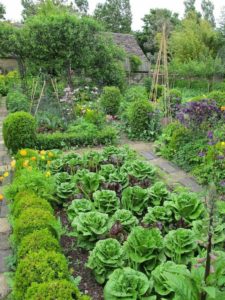 Like many people around the globe, I wonder when someone will pinch me and wake me up from the nightmare of the Trump presidency, with its egregious attacks on human rights, education and the environment. With climate deniers now at the helm of government, and the rest of the world staring at us agape and agog, the question is how can we reverse this tide? If all were going at least nominally well, we would be forging ahead with green solutions to problems that have been incubating and growing along with the human population since the dawn of the Industrial Revolution.

And while great pockets of promise keep our hopes alive, in general, things are not going well at all.

A great part of our collective problem is rooted in denial. Human beings are arrogant creatures who thrive on their own hubris. Consider pigs rolling around in their own manure. We do the same thing, however, with more catastrophic consequences. If the news of the day suits us, we accept it. If it does not, we call it lies. Paradoxically, this leads to the proliferation of fake news, placebo news, fact-free news, and pure globally suicidal fictions.

Science deniers are selective in how they play their game. It is fine to deny climate science; on the other hand, these same folks may  clamor for the next cure for the next catastrophic disease that afflicts them. Ironically, the greatest strides forward in banishing killer diseases lie in understanding the workings of systems. Health thrives when systems work in balance. Some may even call this “cosmic order.”

Selective science denying is just stupid and reflects the overall state of rot in American education. Today, we hardly succeed in teaching reading, writing and arithmetic, let alone the technologies that hold promise for an uncertain future.  Trump toyed with the out-of-work, out-sourced population of American workers, telling them that he would bring those jobs back home.

A properly educated populace would have known much better.

Not only will that not happen, but during this century we will see the jobs exported overseas automated, robotized and even supervised by artificial intelligence programs.  As a country, we have done nothing to prepare for this near-reality. And neither has the rest of the world, if we consider it, again, as a system. The result of this lack of vision will be billions of people not only pushed out of work, but also made, obsolete.

This trend has a name: It is called post-humanism.

In order for us to survive post-humanism, we need to wake up to the tech evolution that is taking place. If we embrace the good side of science, that is green technologies, we rebuild our infrastructures and then set up a societal paradigm that literally infuses the entire planet with such intelligent verdure.

Green businesses must now adopt a guerilla mentality, and that makes us confront a daunting paradox. Since green tech by definition harmonizes with nature, and does little or no harm, how can we adopt such a warrior’s stance?

The stakes are much higher than they were eight years ago. And the planet can little afford four more years of reckless environmental policies. To aid in this journey toward survival, schools need to adopt green curricula. Kids must plant their own organic gardens, and larger schools should actually construct and care for farmettes.

Community gardens should be spreading across the country, and be neighborhood-based in order to secure local food security. Abandoned lots can become oases when people are willing to sweat a little for the greater good.

It is our obligation to buy into green businesses with our ever more precarious dollars.

Above all, we must resist the apocalypse that has been laid at our feet, at our doorsteps, by the forces of oligarchs who walk in the greatest darkness the human race has ever confronted.