Hazleton Can Become a Part of the Rust Belt Revival 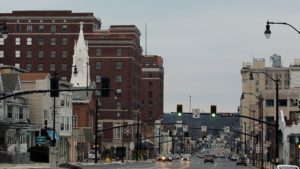 Our city is a microcosm of the Rust Belt: one lingering notch in Rust’s great Belt. We have been wearing that belt for too long, and it hurts.

And We’re Living Here in Hazleton

The closing of Bethlehem Steel resonated far beyond the Lehigh Valley, while absolutely devastating Allentown and Bethlehem, and of course, reaching northward into these mountains where coal was already moribund, if not dead.

Suffering became mantra of many families, but within that suffering there dwelled the seeds of change and opportunity.

If we examine the Lehigh Valley today, clearly therein seethe pockets of poverty, often of a very extreme type. But tremendous revitalization has also taken place just south of our imaginations. The presence of substantial prosperity is evident. What we see in the Allentown area is a shift toward different types of businesses, many of them quite small, distinct, specialized and/or quirky, evidencing a charm that attracts tourists.

Lower housing prices have also inspired some who work in New York City to brave a longish commute. It is all a matter of facing some sort of pain. If a train existed between North and Eastern Pennsylvania, half of New York City would be living here.

The Allure of Shopping

The Lehigh Valley is an enjoyable place to shop, if you are one of those people who enjoys brick-and-mortar excursions. In fact, for the upscale shopper, there exists the region’s only Whole Foods, just outside of Allentown. Recently, my family and visited it.

The prices there were very high, but even on Easter Sunday, a significant number of shoppers were looking for greener, organic foods. Scranton and Wilkes-Barre don’t have the demographics to support a Whole Foods. However, the Lehigh Valley, despite its lingering challenges has created significant gentrification. When such balanced gentrification is created, a verdant tax base can soar like a bean stalk.

If we turn our gaze northward towards the Wyoming Valley, we see similar changes, many involving retail businesses and large restaurant chains. The prosperity is more apparent in the Wilkes-Barre area than in Scranton, one of Pennsylvania’s two second class cities, and unfortunately, a city that has gone into the abyss of receivership, something that ultimately plunges a city (or borough as in the case of West Hazleton) into a black hole of taxation.

Receivership may cause increased taxation of businesses. But homeowners again bear the burden of the mistakes. The creation of 21st century businesses could have saved Scranton. Now the City will be playing catch-up baseball for a long time.

In the meantime, the city of Hazleton flounders in relative and often dire poverty, still accruing debt and laying that debt on the doorsteps of homeowners, while KOZ corporations get fat and rich on the sweat of workers who rarely are hired full-time and await a near future in which their jobs will be mechanized.

Robots that can lift heavy boxes are here. And when they break down, they don’t get worker’s compensation— they get fixed.

Robots also do not have to pay taxes. And what do they eat? Well, electricity.

So, Hazleton is in very bad financial shape now. We face and immediate and long future of tax increases to support our basic services, if we do not address the problems at hand and examine the best practices of other Rust Belt cities that are experiencing a renaissance.

To glean the lessons of the best practices of these cities, we do not have to wander far. We can study the ongoing renaissance movements of both the Lehigh and Wyoming Valleys. What have they done right that we have ignored here? We also need to examine the plight of Scranton and West Hazleton. Some think that receivership takes the stink off of raising taxes because the State enters the picture and does all the dirty work. However, that is an illusion.

We call in a fiscally incompetent entity to fix us. Oh, that makes a lot of sense, yes, if you are hopelessly stupid. I hope we are NOT.

First, embrace the power of diversity. Less than a year ago, we suffered a plumbing catastrophe in our home. Eleven rooms were flooded, and there was great and expensive devastation. It was my goal that all the insurance money go to local contractors. However, the insurance company wanted its own electrician from Allentown to accomplish some repairs.

He spent a handful of days in the house doing myriad jobs. One day he said to me, “You people in Hazleton have it hard. When we hear the word ‘Hazleton’ in Allentown, we think ‘haters,’ particularly ‘haters of immigrants.”

And so, that is our legacy. We are haters. We abuse immigrants, even though they are created the lion’s share of new small businesses. Haters tell me that the Latino businesses do not pay taxes. Oh, really? Well, I am a journalist, and I want to see the evidence of that claim.

These egregiously ghost-white folks also contend that Latinos chase them out of town and are the driving forces behind all the crime in the City.

Well crime here is indeed an equal opportunity attractor, particularly when it comes to the sale of cheap heroin. Yet, since the revitalization of our police force, under Chief Jerry Speziale, we have seen a decline in crime.

Clearly, to evolve our City we need a strong police force. However, how do we pay for it? We find following best practices of other city’s who have harmonized business and city fiscal requirements without crucifying citizen tax payers in the process. I will be talking about how this is accomplished in future blogs.

In the end, we must look to business creation and particularly entrepreneurship to solve our over-arching financial problems. With the state government billions of dollars in debt, and the federal government trillion of dollars in the same hole, we cannot count on them to save us. They hurl their bills at us instead.

Only we can save ourselves, through mining our diversity and embracing the best practices of the cities that have survived the Rust Belt devastation.

It is a new world, we either wake up to its challenges — or we die, cut off from a way to earn our daily bread.