Maintaining and Developing Home Grown Green Infrastructure: for Hazleton and Beyond

Maintaining and Developing Home Grown Green Infrastructure: for Hazleton and Beyond 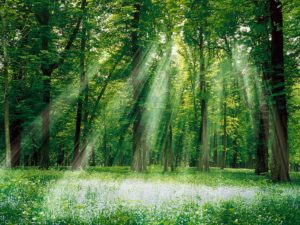 Gray infrastructure did not start with the Industrial Revolution, as we might be tempted to think.  The Romans, rationalizing empire building, and practiced massive deforestation.

The inhabitants of Easter Island, deforested their island until its civilization collapsed into an age of gray cannibalism.

So, where there is no vision, the people perish.

We can revise this to read: where there is no green infrastructure, the people perish.

Recently, I decided to assess how well my community and county are doing in terms of maintaining a green infrastructure. Beyond maintenance, the huge question not only for my area of Northeastern Pennsylvania is how green infrastructure can work symbiotically, abolishing the old gray ways, to build a 21st century sustainable system that marries cutting edge green science with our remaining natural resources.

We  now witness the EPA attacked and dying, under systematic dismantlement. And so how does that impact your Victory Garden — and mine?

Ideally, our natural resources are reclaimed and restored. As for local species in danger of extinction, I don’t see anyone holding marches for their survival.  However, we need to examine the numbers of deaths caused in the U.S. each because of a lack of green infrastructure.

To begin to mine the way of sustainability, I visited Esri’s site: “Building Green Infrastructure in the U.S.: A Framework for Sustainable Growth.”  On this site, one can plug in a zip code and gain vast information about utilization of land and water, through the examination of “cores,” a term that speaks to minimal species survival given a certain geographical parameter.

As with most tasks, the first steps begin at home where we can just walk outside and see what’s happening on the surface of our lives.

As a citizen of Hazleton, Pennsylvania, I live on reclaimed wetland. This house was constructed upon swamp that was drained – no allusion to Trump’s bonehead meme intended here — and filled in with slag. In the mid-1970s, the house my mother was to buy was built here, along with a new development.

At the end of our street, a 14-acre ribbon of forest remains, privately owned. Up the street, a plastic plant continues being the ugly neighbor that disrespects the sanctity of the neighborhood, particularly when we have our windows open at 2 am, and we smell what it spews.  I can tell you it’s not the scent of wildflowers that invades our dreams.

Esri’s site is not rating this. Indeed, we need to micromanage these insults, these egregious assaults on our quality of life.

Those of us who live at the end of this street, have basements that flood routinely. Yet, it could be worse, if the small forest were to go, millions of gallons of rainwater that are naturally absorbed now  would be have just concrete to surf until reaching our lowest lying structures of garages, first floors. Recently, another block-long sanctuary of trees and wildlife was ripped up for apartment development, without any regard to how taking away this green site makes us all more vulnerable to flooding. The solution is to buy Federal flood insurance. And even here, it doesn’t come cheap.

All of this amounts to just another environmental rape by a small oligarchical elite.

My own city has no green infrastructure strategy at this moment—certainly none that is evident to the average citizen. And the clock is sounding its 11th hour dirge.

During a recent trip to Bayonne, New Jersey, a city where my family and I lived for some 15 years, green city innovations were evident; most prominently, we witnessed street-lights, all solar-powered. We will talk about this simple, profound innovation in greater detail in a future blog.

Why Should I Care?

So, why should the average Joe/Jane care about green infrastructure? Or solar-powered street lights? The response I usually get to this question is “Well, we all have to die somehow. Some way.”

Enter into the problem, the failure of American education. Again, another question persists, even when we attempt to educate, people often just don’t give a damn.  In the Roman Empire, the poet Lucan said just “Give them (the people) bread and circuses.” Emperors then quoted the pathetic wisdom in this ditty.

Today we might say, give them sports, beer and junk food. It is all addictively numbing when compared to our need for quantum problem solving and proactive planning.

For those who care, Esri presents clear, succinct reasons about why we should be caring.  So, let’s examine each precept.

Humans think they are really unique scorching stuff in the eyes of Mother Nature. But actually, this human chauvinism is nothing less than lethal, in fact, suicidal.

Consider the Native American rule of life that demands that the Earth be protected for Seven Generations, moving ahead another seven with the birth of each new generation. (From this idea, Seventh Generation home cleaning products derived its name.)

Protection of the environment that sustains us is the first reason that we preserve and align with green infrastructure. According to Esri: “Green infrastructure protects the health and diversity of wildlife and maintains natural systems that deliver critical, life-sustaining services.”

The next benefit looms herculean here in Northeastern Pennsylvania where unemployment and under-employment have prevailed for generations.  Embracing the preservation and green development of infrastructure creates many jobs.

Of course, our problem here is the brain drain. With just five percent of our population college-educated according to the 2010 census, we do not have the workforce trained for these green jobs. So, we have two options, with the first being more likely: we do nothing and slip more deeply into economic destitution: boom town, bust town, ghost town. And then everyone can blame the immigrants. The depth of this stupidity transcends any pastel moniker of “deplorable.”

Alternatively, we can stop the brain drain and take off the anti-education face that we present to the world with an arrogant, drunken smirk. The warehouse jobs that still exist here will indeed continue to exist, probably for at least a decade and maybe longer. However, those jobs will be automated.

The only folks to be employed in these industrial parks will be the biggest wigs and those who fix the robots and other machines. Well, there will still be some bean counters, here and there. And lots of people will be embracing a beans and rice diet, which may be considered luxurious.

Keeping well-trained kids here now staunches that wound and gives us a chance at sustainability and building a viable tax base. It even offers the opportunity of some egalitarianly tiered gentrification, which would be another welcome boon to the tax base.

However, we are doing nothing substantive to make this happen.

We found ourselves leaving Bayonne for many reasons, a decade ago. Prices soared beyond the reach of even most professionals unless they chose to live communally. (And that had nothing to do with green initiatives.) During rush hour, if I opened my windows, car exhaust filled my apartment. If I walked outside, I had to dodge a maze of dog turds. When I longed to take a deep breath, I inhaled the stench of oil refineries. And then came 9/11/01. White fallout rained down on us and filled my apartment for a year, despite the HEPA air filters running 24/7.

I recalled the word of my mother, “Life is better here.” Well, it certainly can be, if one exercises a great deal of creativity coupled with NEPAN frugality. Those of us who grew up in coal mining families are no stranger to these values, if we choose to invoke them.

While my quality of life here is much better than during those glory days in Jersey, my basement floods when we suffer cloudbursts, that is, torrential rainstorms.  However, xeriscape plantings help. These small plants suck up water in their roots and save it for un-rainy days. Another blog will follow explaining these types of plants, their possibilities and limitations. But just to flash forward a bit, planting masses of xeriscape daisies does not amount to the water retention abilities of trees, thirsty trees, soldiers of oxygen, our natural green infrastructure.

Ah, quality of life. It occupies all bands of a tenuously discerned, ashen rainbow, if we indeed search for the ultimate pursuit of happiness, promised to us by those who declared this nation sovereign.

I mention this phenomenon since it has gone on for so long, unabated, ignored, with political promises made that the factory would indeed behave itself.

That has never happened. When we talk about quality of life and pollution, air and ground pollution cannot be ignored.

International Plastics, that plague up the street, my street, continues to break city law every day, with tractor trailers barreling down my street, or sneaking up a nearby street, East Street. East Street, by the way, looks as if it could exist in a third world country; it is so riddled with potholes. None of our streets in Hazleton Heights were designed to handle this heavy tractor trailer traffic.

Yet, not even a sign stating “No Tractor Trailers” exists here. How great of an investment would those signs encompass? Beyond this, the City’s management sitting down and having a long, hard talk with International Plastics could work a miracle that residents of this neighborhood have sought for nearly a half century. Instead, we feel like collateral damage.

While this company generates tax dollars for the city, it also represents a daily perpetual assault on green infrastructure. (We will talk about the possibilities of manufacturing green plastics in a future blog.)

How Thirsty Are You for Change?

Blessedly, we don’t live in the desert, and water here has always been of a higher quality, particularly when compared to other cities in the Commonwealth.

Esri shows Hazleton as part of the Middle Lehigh River Watershed. So here is our report card.

*6.0 X more roads than streams, as compared to a national average of 4.8 percent.

7.0 X more roads than streams exist on a county level, compared to the national average of 5.2 percent (for counties).

5.7X more roads than streams exist in the state compared to a national average of 5.5.

These numbers point to huge potential for the cultivation of greater green infrastructure. However, this data needs to be mined further. We need to understand the quality of water in each of these streams.

Additionally, when we examine the overall percentages of watershed intact, we can glean some reason for optimism, as we examine Habitat Core Area.

Please don’t confuse this term with where Joe Doe can tear down trees and build more developments with the allure of Section 8 Housing.

Habitats encompass human and other animal life, along with flora. Cores offer minimal species habitat sustainability. We are not talking about lush, Gardens of Eden.

For example, a month ago I fell on the ice and injured my back and left knee. I also suffered a concussion. Well, I am hurting, but yes, I’m intact.

We have to make sure to juice each word for meaning.

The 44 percent of Pennsylvania’s habit core that is intact represents a problematic number, pointing to shallow vison among legislators in Harrisburg and local urban astigmatism, as well.

We can easily extract from this number that the state overall has embraced unsustainable development and gone over the tipping point in this regard, while attached to a gossamer bungee cord. Land and water can be reclaimed with state-wide leadership.

Look for a further parsing of Esri’s data in future blogs.

And make sure to sign up for my blogs exploring how we build greener cities and a green, sustainable America.