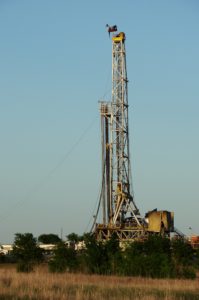 In July, the Pennsylvania Senate approved a Marcellus Shale tax. I can only guess at the senate’s motivation, since both the house and senate and stood firmly behind corporate interests prospering while the state itself sank deeper into mega-debt.

Maybe the senate looked around the country at what other states are doing about fracking. The shale companies threatened, “If you tax us, we will leave.”

That is a nice move when you are playing poker. But here we are playing with the lives of people and the fate of the planet itself. My response would have been, “Then go. Pack up. Get the hell out.”

Bluff called. They would be leaving some mighty pricy infrastructure behind them, not to mention the natural gas, which of course, is a finite resource.

But before I would said my final piece so outright, I would have asked a few questions about why they yield to significant taxation in most other American states where this activity occurs.

Let’s look at North Dakota, for example. According to Forbes Magazine, state income has risen 120 percent since 2008 when fracking became taxable.

As an environmentalist, I see fracking as a last resort stop-gap until we can get our collective energy act together.

Well, tell that to the Germans and Scandinavians.

These Europeans have had the political will to become virtually carbon neutral.

Their energy practices are among the top-Earth saving ones in the world.

Currently, 85 percent of Germany’s electrical power is generated by wind. The transition in Germany has not been seamless, but it has been fast.

The country is still working out glitches in its power grid, and it has not met its very high green energy goals, yet.

But when we consider the speed with which Germany has moved, we can certainly forgive the bumps and glitches, especially as we nearly stand still in comparison, given our overwhelming size and resources.

As Germany fades out its use of nuclear energy, the country is not much concerned about temporary inconveniences when compared to the thriving of the country and survival of the planet.

The Pennsylvania legislature should plan some educational junkets to Deutschland. I would even vote for them to do this on the taxpayer’s weary and thinning dime.

Truly, we lack the visionaries to learn and take necessary risks for economic and environmental survival.

And how pathetic is this situation in the state where modern democracy began! The idea of American intellectual superiority is really just pure hubris in 2017.

If we climb higher up the map of Europe, heading toward the quickly diminishing North Pole, we see that Denmark now gets 40 percent of its energy from wind. I encourage all of you to take an hour or so to research green energy progress in Europe, in particular.

Most of the governments provide solid statistics on progress, while indeed also concluding that we, as a planet, are not where we should be in terms of holding back major natural catastrophes.

While President Trump has put the EPA on death row, the message is that green businesses here in the states have to find their own ways to survive.

This administration will not smooth the path for them. In fact, by pronouncing the end of the EPA, roadblocks to survival appear instead.

The duh factor looms large here, particularly when we consider the drastic increase in extreme weather events, indicative of a biosphere under siege. But let’s talk about those weather events in another blog.

Stupid people with micro-attention spans can’t be bothered with really getting deep into the science of our burgeoning day of reckoning.

They might miss a football game or a re-run of “Two and a Half Men.”

Indeed, we have become the post-modern incarnation of what the ancient poet Lucan witnessed happening during the decline of the Roman Empire. “Just give them bread and circuses,” he wrote. And then many other leaders went on to repeat what amounted to a prognostication wrapped inside of a laconic observation.

Our modern version of that Lucan’s incision might be, “Give them reality shows and junk food.”

It is too bad the Pennsylvania legislature has decided to remain puppets of big energy, especially given the horrific state of the economy. Maybe they are receiving some unseen benefit for their stubborn refusal to tax frackers.

If the legislature has its way, it appears that we homeowners and ordinary folks will bear the brunt of this scum-bag lousy public policy, if we even dare call it public policy.

It represents absolute betrayal of the people, and of course, other types of betrayal, too.

We have perfect models before us showing that in states where fracking is taxed, economies have rebounded.

The funds collected can be splurged on in many areas of need: attacking the state’s overall debt, and next, stepping into the realm of education, saving our schools, most of which are going broke as we speak.

Many of my environmentalist friends will say “No” to fracking now and forever.

I wish I could do that. Yes, somehow, I wish I could be purer rather than so damn pragmatic, more willing to see the elderly, the young and everyone in between suffer, for generations of short-sighted mistakes.

It is clear, in the long run, if we get to have one, fracking will neither save the economy or satisfy the people’s lust for electricity. (I share that lust, by the way.) Many earth scientists worry about the long-term effects of fracking on an Earth, our planet, our only home that has enjoyed millions of years of stability. We have been interfering with stability since the dawn of the Industrial Revolution, in big ways. But again we can return to the Romans, who has their empire and population grew, practiced mindless deforestation, ranging into England.

Are You Shaking Yet?

Seismologist Dr. Elizabeth Cochran has discussed research pointing to the likelihood to fracking causing an increase in earthquake activity— this reported in therealnews.com.

Somehow, I just don’t have to be a fellow seismologist to understand how this makes just common sense. Sinkholes appear frequently in Florida because we have tampered with what lies underneath the earth, rather than taking the extra pains of working in harmony with nature.

If we do not move beyond fracking, the earth will shift, and perhaps it will open up and swallow us, too.

That will be our reward for being stupid.

In the meantime, the Pennsylvania legislature has to wise up. If we are allowing fracking – and we certainly are – then we need to tax the unholy crap out of the activity – and use those funds to fix our very broken state and state house.

Above all, we must use these funds to invest in green energy.

We also need to start electing intelligent people rather than oligarchs or their lackeys.

Fracking needs to be a short-term endeavor because it further endangers our state and our planet.

Other countries with miniscule resources compared to ours are making great progress, without churning up the planet’s guts.

It is no wonder that most of the world is shaking a collective fist at us.

We have become our own apocalypse.