Rocket Fuel for the Green and Sustainable Family

Rocket Fuel for the Green and Sustainable Family
Two 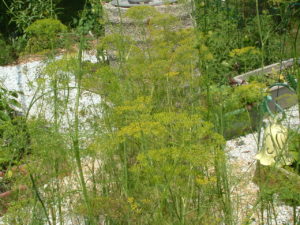 My husband Wayne and I first started a tiny organic garden in Hazleton in 1987. We had rented an apartment in Jersey City, New Jersey, a very concrete place, central to our work. Nature might have been found in the park across the street from us but for all the gang crime happening there, day and night. Later we would move out closer to the sea and live on the peninsula of Bayonne. While our apartment was far more spacious and comfortable, dog poop, rather than flowers abounded on the sidewalks. It was tempting to sell our house back here in Pennsylvania, but we never did.
Finally, one day, after having just enough of the big city life, which included going through the terrorist attack of September 11, 2001, Wayne declared, “Let’s get the f*** out of here!”
Finally, I thought. And frankly, I could not have said it better myself. For years, I had tried to get Wayne to leap back to the mountains. Yes, we had our weekend home, but it was no longer a sustainable commute, even with gas-friendly automobiles. For our last five years in Jersey, we rented out our house – although we rarely received rent – and so, we entirely missed our organic garden and gained only sporadic income from having other people live in our home-sweet. And the absent fruits of this exile were not just food. The spiritual loss weighed upon us heavily.
Organic gardening is a spiritual experience whether one wants to acknowledge it or not. The act can fit into most religions as a gesture of love. For me, it is about going to the heart of Gaia, as that is the exact name of this planet. We live on Gaia’s body. Given that, it is easy to see how many, particularly the corporate oligarchs, not only live on her body but rape it for transient treasures.
Teensy Basil and Extravagant Dreams
In 1987, our garden consisted of a small patch of scented basils: lemon, licorice, cinnamon, and holy basil, or tulsi. We did not start totally organic, mostly out of ignorance. The soil was poor. Our house was built on a drained swamp that was later filled in with slag. When my mother bought the place in 1974, she could only afford to landscape the front yard. The backyard remained all slag.
And it remained that way until after I got married. After the basil experiment, Wayne ordered several truckloads of dirt, and we covered the slag. However, that particular soil was also of poor quality. It didn’t grow tomatoes very well, but it sure could grow weeds! It would have taken another five years to build up the soil to an acceptable level, mainly through the use of compost. (Composting will be the subject of a future essay.)
While we started with one compost bin and always filled it, we could not produce enough compost to make a difference. Today, we have five compost containers in the backyard, and over the last two years, we have seen some plants experience a renaissance, mainly because of the increased nutrition that the compost provides.
After we fenced in the backyard in the mid-1990s, it became difficult to bring in large amounts of new soil for new projects, and we have no local purveyors of compost. For most of us, composting is a homemade thing. Exceptionally enlightened municipalities will offer ways to compost “garbage.” I know of one such project in Mechanicsburg, Pennsylvania.

Building Raised Beds and Sleeping with the Herbs

Wayne began building raised beds about a decade ago. While this was a step forward, the decline in pollinators stood apparent. If every third bite of food depends on bees, as it has been posited, then we were on the front lines of that decline. We began missing all of those third bites.
Since ours is a city lot Victory Garden, we did not see this type of gardening as farming for our lives, at least not then. But there is no getting around it: when you grow your food, you respect the food you purchase more, mainly if it is organically grown. Chemical farming on the surface is very easy. They make plants boom, and most insecticides kill everything, even people.
Organic gardening will make you sweat and tweak your soul’s resolve.
Expensive Is a State of Mind
I also recall thinking that the first few hundred dollars I spent on the garden amounted to a considerable expense,  until we harvested what had to be at least a thousand dollars’ worth of vegetables and herbs. I still tend to get ten times my investment out of the Victory Garden, with most of that coming from the herb harvests now. I would have thought herbs the more fragile members of the yard, but it turns out that they are the most resilient.
Yet even perennial herbs now are showing the effect of strange, new weather. Yes, our weather here in the mountains that was once utterly predictable is now volatile. Deep down we know that we went over the tipping point of climate change when the bees started to fade into extinction.
As with many people who are dreaming of saving the planet, we understand that right now we are living in a state of damage control. So, let’s control the damage before it totally controls us.