Home » Recipes » Using Vibrational Essences in the Kitchen: A Tonic for Our Coldest Times

Using Vibrational Essences in the Kitchen: A Tonic for Our Coldest Times 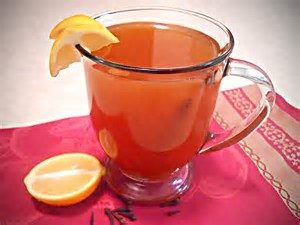 Maybe you think I’m going to be writing about strong whiskey?

I know of people who swear by both when it comes to assuaging the symptoms of colds and the flu.

And while whiskey sounds good – it is not much of a solution for those of us who need to be alert and awake to work.

As for the latter recommendation, it is good for the soul, according to legend, but I have always found chicken soup unappealing; despite that, I have stumbled onto a few South of the Border versions with hot spices that seduce the palate, occasionally.

These posh culinary versions are also just too labor-intensive to break through my brain fog and snuffling, right now. That means that I’m too tired to even consider making them.

My own symptom-soother has evolved over time. It involves some hot spices but eschews the cluck.

And yes, I am wrestling as I write this with a cold virus invading my system; I am dripping with both sweat and snot (I know that sounds disgusting!), but this drink gives my overall body a boost, while my immune system does its necessary work.

This broth is ingredient, rather than technique-driven, which means that if you can boil water and have the ingredients on hand to measure, you are already half way there.

Freshly snipped organic herbs such as a oregano, thyme, spearmint.

Mix all ingredients well.  While I like all varieties of miso paste, my favorites are the lighter ones. The spice mix here represents just a guideline. I often add more spices, and if fresh organic herbs are available, this broth can green up quickly. Since we still had snow on the ground here in late March, I can’t stroll into my back or front yards to harvest organic herbs, yet. If I could, thyme and oregano would make great additions to the broth.

I also wouldn’t turn down sage. Yes, this rescue broth represents fusion food in miniature, as it combines ingredients from various world kitchens. Above all, it focuses on one of my unique callings in life: Vibrational Essence Cooking.

Sip, slurp or chug this broth at least three times a day.

And yes, this recipe is symphonic.  By that, I mean that each ingredient plays its own special notes of healing.

Adding Dr. Bach’s Rescue Remedy to this, or another rescue remedy made by a number of vibrational essence companies out there, makes this broth something that actually raises the vibration of the user, making low vibration viruses weaker and less likely to cling on to one’s organism.

My favorite part of this soup is getting to the bottom of the mug, where my spoon inevitably makes contact with a residue of some undissolved miso.  This little bit of salty goodness tells the cold that it can’t last much longer.